What you believe, you are 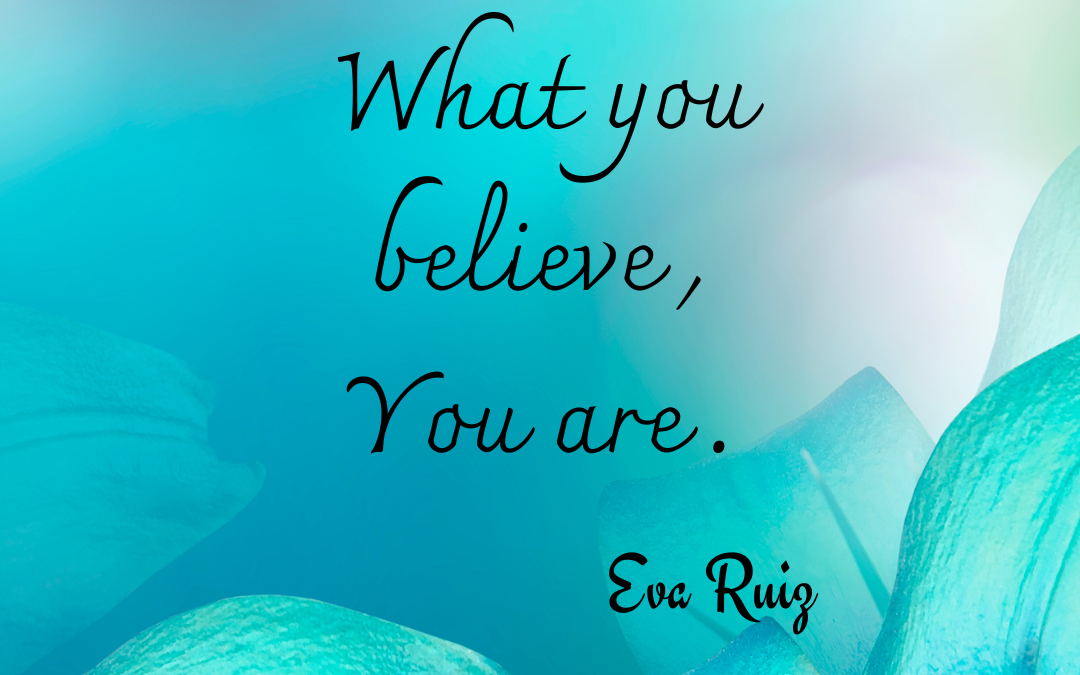 If you don’t understand your belief system, you will be a prisoner of it.

As a child I was surrounded by friends of different nationalities. I grew up in Paris, and my friends were North African, Portuguese, Italians, Spanish and of course, French. My parents being Spanish, I lived mostly the Spanish culture.

I took it for granted that anyone would be open and accepting of different cultures and customs, as my family did.

At the age of 19, I moved to a small town in England where I went to study, and was eager to know a new culture. But as I spent time there, I experienced culture shock. It wasn’t so much about their customs. I simply couldn’t get used to some of the unexpected reactions and remarks I experienced from those who saw me as ‘weird’. I felt that I was living in the midst of people who didn’t really understand, nor were they very flexible to new ways outside the perimeters of their own culture.

I felt misunderstood, and at times, judged.

But I don’t believe that some of these new acquaintances and friends had an unkind heart. I know now that they behaved from their programming, as we all do.

Your programming is stronger than you realise

Whatever you believe about any topic or any area of life, it comes from the programming that is embedded in your subconscious.

Your beliefs, your values, your reactions, all come from what has been imprinted in you from birth and is called your paradigm or programming.

It all starts with parents, extended family, school and any significant adult in your life. Later on, it continues with T.V., social media, news, mainstream media and any so called authority and expert.

And this programming is stronger than you realise.

This new community in which I found myself wasn’t judging me per se. They were looking at me and my ideas, my views, my customs, from their own programming and habits of thinking and doing things. Although I was so used to experiencing diversity, many of them were not.

When we understand that we live from our subconscious programming, we may be less in a hurry to judge others and even judge ourselves.

You are misunderstood because of their own perspective

Carl Jung said ‘Until you make the unconscious conscious, it will direct your life and you will call it fate.’

Unless you understand what is actually driving your choices, your views and your reactions, you will not realise your power of creativity. And you may believe that you are the victim of others’ judgment and nastiness. You are, actually, misunderstood because of their own perspective. And you are creating from your own programming, too.

Because I was fortunate enough to have been around friends of different cultures, with their different customs and ways of thinking, I recognised that we all align with what has been taught to us. It becomes natural, even though we may not like it.

I often felt that alternative approaches to life were more in harmony with who I wanted to be and how I wanted to live my life. At that point, I realised I had a choice.

I didn’t have to believe what I had believed before.

You may feel attached to your belief system, to your personal truths. But those truths are not Universal Truths. Expecting everyone to naturally align with your way of thinking or your beliefs is restricting you, too. It can hinder relationships, creativity, self-esteem.

Beliefs are thoughts that you tell yourself long enough to become a habit of thinking. Recognise that and you will be less inflexible and unadaptable to different perspectives.

Start living from the heart

In order to shift that paradigm, challenge your own belief system, and ask yourself some essential questions:

2. What if there was another way?

3. How do others do it differently?

4. How would life be like if I didn’t believe this?

When you allow yourself to see life from a new viewpoint, you start living from the heart more, rather than from the head, the rational, the ego consciousness. Everything you have been told is not necessarily true. Everything you believe about yourself, may not be serving you.

Allowing the unconscious to drive your life, and believing that your way is the only way or the only truth, will cause you to lose sight of the infinite possibilities that you can tap into.

Time to dive deeper and start understanding what is within yourself. Challenge the beliefs that are not allowing you to ascend to a more loving and creative frequency.

It is only when you are aware of your own programming that you are able to make conscious choices that will serve you more.